Families & Communities Rising  (FCR) was founded by Anne Sanford in1969 when she received a small grant from the US Department of Education to develop strategies and materials to assist with the education of young children with disabilities. With this funding, CHTOP became part of a national effort to address the needs of this overlooked and underserved population. 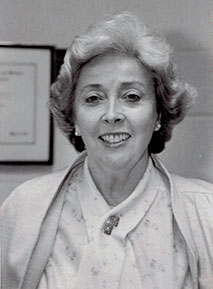 FCR became involved with Head Start in 1973 when it was asked to create a network for training Head Start staff in Region IV. Its involvement increased when it began to provide Head Start services directly to families and children in its local areas.

In 1990, Mr. Mike Mathers succeeded Ms. Sanford as Executive Director. Previously, Mr. Mathers was the media coordinator for FCR producing training materials to support various FCR objectives. He remained Executive Director until his retirement in 2018 when he was succeeded by Mr. Terry David, former director of the Durham Head Start program, a division of FCR.