At FCR, we value people and are thankful for such a dedicated, hard working and experienced leadership team. 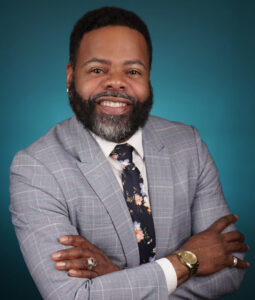 Growing up in Bennettsville, SC, Mr. Terry David was raised in a large, loving family. He is the 17th of 18 children (yes, that’s not a typo) and he has a twin sister – she’s #16. After graduating high school, he joined the United States Air Force where he served as an Intelligence Specialist. Upon leaving the armed forces, he attended North Carolina Central University where he received both his bachelor’s degree in Public Administration and Master of Social Work.

In addition to his duties at FCR, Mr. David currently serves as the President of the North Carolina Head Start Association, Board Member for Region IV Head Start Association and was recently appointed by Governor Roy Cooper to serve on the Early Education Council for the State of North Carolina. Mr. David is passionate about providing high quality early childhood programming that will enhance the quality of life for children and families.